HAVE YOU DREAMT OF VISITING ITS CAPITAL, CEBU CITY?

Cebu City or the “Queen City of the South” on Cebu Island reigns in a group of islands comprising the Visayas region of the central Philippines. This historic city is one of the most popular jumping off-points in all of the Philippines for foreign visitors, with the busiest sea port in the Philippines and the second largest air hub. Ferdinand Magellan died here planting the cross almost 500 years ago bringing Spanish influence and establishing Asia’s first European settlement. Cebu was also once a bustling commercial hub between Mexico and China.

Getting second best only by Manila in size, Cebu is thought to make Manila second in the next few years. the Philippines’ second city combines colonial architecture and mountainous surrounds with a burgeoning cultural and culinary scene. As the gateway to both Bohol and Cebu Island, Cebu City impresses with chic rooftop bars and intriguing museums.

The capital of the Southern Philippines, Cebu City is a bustling metropolis, the hub of a three-million-strong conurbation. Aesthetically, it’s gritty and not exactly easy on the eye, but the city is also relatively cosmopolitan thanks to a surging English-language school industry (many Koreans and Chinese study here) and well-regarded universities (which draw Filipinos from across the nation). Historic sights are slim on the ground, though there are some colonial-era gems, and the traffic is notorious – but you’ll still find plenty to do. Cebu City’s energy is infectious: its bar and club scene is justly famous throughout the archipelago and dining out is a delight, with a dizzying choice of restaurants. And with Cebu airport being expanded to accommodate many more domestic and international flights, the city’s continuing prosperity seems assured.

As Cebuano how much do you know about the Magellan’s Cross?
As someone native, we only get to know fully if we investigate and through research, I only get to see the Cross, and the iconic building in the middle of the street.
This Iconic Landmark is Cebu’s icon, its importance is as huge as how Cebuanos love their religion. Tourism in Cebu is also up due to this building. Catholicism is the main religion in Cebu, and up to now ot still is,

so let’s visit Magellan’d Cross. How to get there?

Then, walk to Magellans Cross ( This can be found at the back of the oldest church in cebu – Santo Nino). It is a walking distance from where you hop off. Just ask the vendors on where exactly it is or just use google maps.

About Magellan’s cross:
This is an icon to distinguished
Magellan’s Cross is a Christian cross planted by Portuguese, and Spanish explorers as ordered by Ferdinand Magellan upon arriving in Cebu in the Philippines on April 8, 1521.This cross is housed in a chapel next to the Basilica Minore del Santo Nino on Magallanes Street, just in front of the city hall of Cebu City. A sign below the cross describes the original cross is encased inside the wooden cross that is found in the center of the chapel. This is to protect the original cross from people who chipped away parts of the cross for souvenir purposes or in the belief that the cross possesses miraculous powers. Magellan’s Cross is a symbol of Cebu, and the chapel’s image can be found in its city seal. It is also seen as the symbol of Roman Catholicism in the Philippines.

While you’re in Cebu I’m pretty sure you will have a lot of bucket list listed in your notes, on this website you’ll be able to find out some of the amazing things that you will do while you’re in Cebu for a vacation on this photo is sky high adventure located at the Crowne regency hotel in Jones Avenue Boulevard. It is a very extreme sky high limits experience not fun for those who have fears in heights.I would say this is one of the most eerie thing to do and it takes a lot of guts More than a roller coaster we could do to you the only thing is is not fast it’s moving but it’s a steady slow Adventure you and your love ones and your family would remember you have achieved to be in the top of the world is certificate will be given as well after. 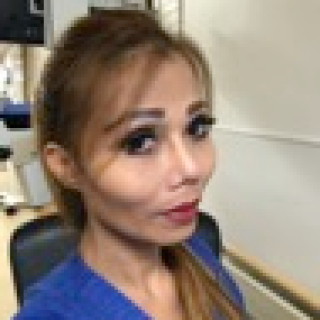